How Do Taxes Work as a Travel Social Worker?

- March 28, 2018
Friends, we're right smack-dab in the middle of tax season... in fact, with less than a month left, I thought I'd answer a couple really basic tax questions (please bear in mind, I am not a tax expert and this is not legal advice).

Next, you've signed a contract for somewhere not your home base.  First, congrats!  Now starts paperwork, including (if you're new to a company) an I-9, which is the legal verification of your work status in this country.  Then you get to fill out a W-4.  You will fill this form out for the state where you're taking a contract, not your home state... UNLESS the state where you're taking the contract doesn't have state taxes.  Then fill it out for your home state, otherwise you will most likely owe come April 15th.

When you get  your first paycheck, log on to whatever website your company uses to view paystubs and check that they're actually taking the correct state taxes out.  I can attest to the importance of this, as on my last contract, somehow the payroll company keyed in GA instead of WA (which it turns out, doesn't even have state taxes) and they were deducting the wrong taxes for about 4 weeks of my contract.  It definitely affected me this tax season (I owed my home state, and despite my insistence that they immediately correct this on my W-2, they didn't and it took a couple weeks to get a new one issued).

Word to the wise, the more states you travel in during the course of one calendar year means you will have to file taxes in all of those states come tax season!  The most I had to do in one year was 5 states and one federal.  That was also the year that I began to employ Remington Trolli Financial to handle everything for me.  FYI, the home programs don't let you do five state returns plus federal - it's just too many.

Generally, if you've paid taxes and filed for the states you worked in as a non-resident, you shouldn't be retaxed on them by your home state.  But, really, this is where a professional can really make sure you're not getting into any trouble.

Finally, and I think this is a big one:  Residency.  If you stay on a contract for a year, most states will basically consider you a resident of that state.  This affects you, a traveler, in a couple ways.  One, obviously, you're taxed as a resident.  Two, your pay rate changes.  You no longer get that beautiful non-taxed subsidy/stipend for being a traveler.  You are now going to be paid as a resident traveler, which means your entire income will be taxed.  Your hourly rate will likely go up, but you lose the stipend.  Additionally, the school of thought used to be if you stop at week 52, take 5 weeks off and then return to the contract, you're good.  That is not the case any more.  I've met several travelers who definitely did not reap the benefit of the 5 week break for tax purposes.  Five weeks can really just be considered an extended vacation.  The current school of thought is to take a full 3 month contract after you finish your almost year somewhere.

So, in a nutshell, make sure you have evidence that you're duplicating expenses on a home-base; once you have a contract, verify that you've filled out the correct W-4s; once you get paid, make sure payroll is taking the correct taxes out; come tax season, either get a good person to do your taxes or triple check that you're not repaying those taxes in states where you've already paid.  And lastly, make sure you get out on time lest you become a resident of a new state unwittingly! 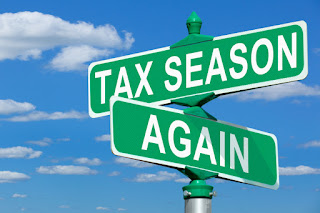 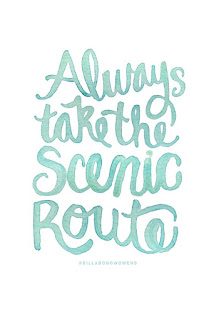